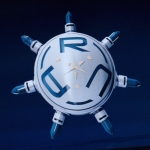 aka Minister of the Anomaly Research Centre

Minister of the ARC

To whom it may concern,

I am the Minister and I work at the Home Office. All the way back in 2007 (or was it 2006), following the discovery of prehistoric creatures entering the present day through time portals called Anomalies, I set up the Anomaly Research Centre, a division of the Home Office, to combat the threat. Since then I have been very stressed, having to deal constant pestering from James Lester (I convinced the Queen to remove his knighthood) and dealing with the deaths of my close friends; Oliver Leek and Philip Burton. However that is the burden of government.

Please contact me through formal means if you have any ARC related issues.

In the real world

I was introduced to Primeval when discovered it in 2007, I watched Series 1 on the television and loved it. Unfortunately in Australia they did not play any other series but I rediscovered Primeval (DVDs) in 2009 when I watched and loved Series 2, rewatched Series 1, followed with liking Series 3. I was most upset following the premature cancellation of Primeval. In 2011, I was most excited to watch the Series 4 and 5 on DVD and while they were a good continuation I don't think they captured the original feel and stories of Series 1 and 2. Upon hearing of the spin-off New World I was hopeful that it could bring a fresh take on Primeval however while enjoyable, I found it very lacking in substance and plot (and it was never finished). Despite not liking the last four series as much as the first two, I will always will support Primeval in anyway and eagerly await another revival.

Since becoming a full-time diehard fan in 2009, I have made an indeterminable amount of creature drawings, future creature concepts, ARC building designs and new ADD designs. I had even concepted an Australian spinoff idea (Primeval Australis) but now I'm planning Primeval movies with all the original series cast.

Pages and categories I created

Series with the best...

Neural Clamps; non-refundable.
Add a photo to this gallery

Retrieved from "https://primeval.fandom.com/wiki/User:The_ARC_Minister?oldid=106866"
Community content is available under CC-BY-SA unless otherwise noted.