Primeval: New World was a Canadian television program, and a spin-off to the original British Primeval series. New World was set in Vancouver, Canada, and followed a new Anomaly research team: the Special Projects Group.

Space originally announced on 7 March, 2012 that production for Primeval: New World was underway. One season of Primeval: New World containing thirteen 45 minute episodes was subsequently produced and developed in association with Space and Impossible Pictures. The episodes subsequently aired on Space in late 2012 - early 2013 and on Watch in late 2013.

On 21 February 2013, The Hollywood Reporter reported that Primeval: New World had been cancelled after a single season. Low ratings for the series caused Space and Bell Media to decide against renewing the show for a second season. However, attempts have been made to try and change the decision to cancel Primeval: New World and get the show renewed for a second season.[1] Since 2013, no other broadcaster has expressed interest in renewing New World.

Primeval: New World follows the Special Projects Group of Cross Photonics - a team of animal experts and scientists led by Cross Photonics visionary inventor Evan Cross - and their investigation into the Anomalies and their attempts to combat the creatures which come through them and put them back where they belong to stop history from changing.

As the team slowly discovers the events, secrets and circumstances surrounding the 2006 Albertosaurus incursion which led to the team coming together in the first place, a secondary focus is on Colonel Hall's secret plans for the Anomalies and the creatures through Project Magnet.

The DVD release of Primeval: New World includes several modified and additional scenes in some episodes, that were not in the original Canadian broadcast version: 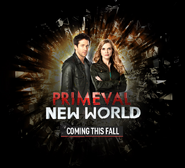 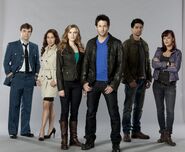 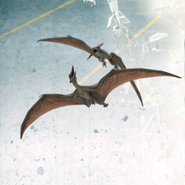 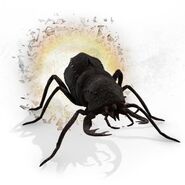 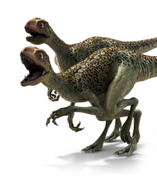 Behind the scenes:
The Making of Primeval • Through the Anomaly • Audio commentaries • Cutter's Odyssey • Genesis of a Creature • Primeval...Behind the Scenes • Totally Primeval • New Dawn - Making the New Primeval Part 1 and Part 2 • Meet the Cast • Inside the Tank • Behind the Scenes Featurettes